Short on time or don’t want to walk as far? Take the 1.1 mile orange short route of the Florida Mermaid Trail Walking Tour and still enjoy beautiful Historic Downtown Brooksville while you search for the hidden mermaids.

Share your adventure with us by using #FLMERMAIDTRAIL on Instagram, then come back to see your pictures on our home page! 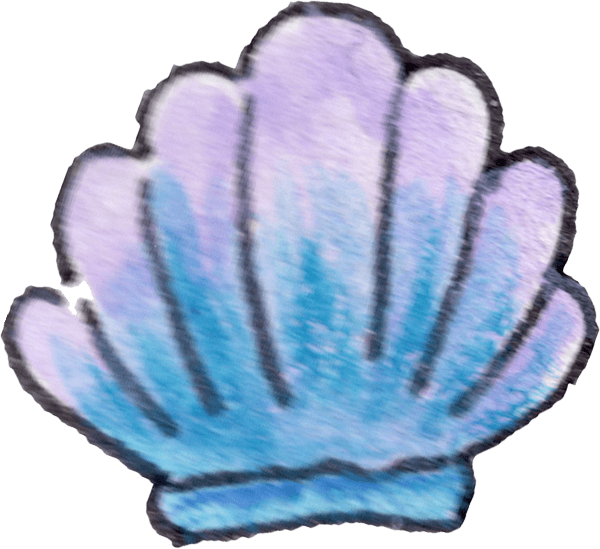 Lirit wanted to get an aerial view of the city as well as a prime spot to hear the music from the bandshell. A friendly eagle carried her up and dropped her off on a high perch where she could see everyone coming and going! If you listen closely when bands are playing, you can hear her singing along.

Binda had never been enthralled with going to the surface of the water – she preferred the deep – exploring caverns and swimming with the sea monsters. Binda found the sun blinding and the feel of dry hair on her back was so itchy! She’d wandered into a hardware store to escape the sun and had a nice talk with the owner, who told her stories about the women in her husband’s family who had founded that store over 100 years ago! She gave Binda some water to wet her hair and Binda went on her way. But immediately upon going outside again Binda found the sun so bright and hot she searched for shade. She found a shaded spot right next to the nice hardware store. Humans liked to sit there as well and she met many interesting people as the days went by.

Many years ago Inna heard a story about a terrible fire in the city. The three story building was too high for firefighters to effectively battle the blaze. The building lost its third floor to the fire and the city forever banned any buildings above two stories. Rumor is (even though the building is only two stories now) you can see the Gulf from the roof! Inna liked knowing she could get up there anytime for a glimpse of home.

Halimeda missed the water. She was having trouble understanding why anyone would choose to live out of sight of the ocean – especially when it is only 30 minutes away! She did love the old brick buildings, especially the Courthouse. And then she saw it – the water that so reminded her of home! And that is where she stayed. (Halimeda had a spa day and received beauty treatments at Teal Plank Workshop).

Jauhera heard a rumor that a mermaid had come to Brooksville before she and her friends arrived. But no one had heard from her for years, and chances were good it was just a fable. Imagine her surprise, then, when she found Chalsie, that long-lost mermaid! They quickly became friends and Jauhera plastered Chalsie with questions about mermaid life in the old days. Jauhera considered her new friend a treasure beyond any other she might find elsewhere.

When at Weeki Wachee, Neri woke early each morning and swam to her favorite rock to watch the sunrise. She was curious to see how a Brooksville sunrise would compare and found herself a nice ledge from which to watch. Neri reveled each morning in watching the sun slowly bringing color and light over the beautiful brick buildings in front of her.

Kelsey had always loved finding a comfortable spot near a port and watching the ships come in and the dolphins chase fish. As she turned onto Brooksville Avenue, her eyes were immediately drawn to the Water Tower because it reminded her of a port. She was too shy to go to the Tower itself and found a comfortable spot on a building a block away. She’d been right about the port; besides its function as a water tower, it was also the Good Neighbor Trailhead. Cyclists and walkers came and went, resting and chatting before getting back on their bikes to cruise the brick-lined street to the downtown restaurants and shops.

Muirgheal loves to learn. She can often be found researching the history of the sea and volunteers at the Gulf Library under Bimini Island, organizing documents and interviewing old timers. After finding out the new City Hall was not the original, Muirgheal set out to find the old one! She was delighted to find it covered with murals of fire responders and decided that she’d discovered the best building in Brooksville!

Takara is obsessed with sparkle and color and was immediately drawn to a tower that housed a massive chandelier. Built in 1884, the Frazze family bought it in 1913 for a whopping $2500! Mr. Frazze served as Train Station Master and used the tower to keep an eye on the trains when he came home from work. The chandelier is a new addition to the home, but it made this home Takara’s favorite!

As the leader of the mermaid world, Mira was interested in the role of women in Brooksville. She was thrilled to discover that Brooksville was the first city in Florida to elect a female mayor and the first to employ a female county attorney. Both women, Mayor Lena Hawkins and Attorney Annie Law were founding members of the GFWC Brooksville Woman’s Club which spearheaded the work in bringing Brooksville a library, the YWCA, theater, and more! Inspired by the stories of Brooksville women and wanting to learn more, Mira decided to make the Woman’s Club her home. She found a spot that would allow her to see everyone come and go so she could meet every amazing woman that came to the club!

Anahita’s first stop had been the city water plant – she still couldn’t really grasp how people had figured out how to clean the water and put it inside buildings. But they had – and done it so well that in 2017 Brooksville won an award for the Best Tasting Water in Florida. Anahita then went to visit the former site of the Vernada Hotel – the first hotel with indoor running water. The hotel had 30 guest rooms, and each floor had a couple bathrooms that guests shared. It would have been quite a novelty then. For a mermaid, the idea was still a novelty! The hotel was long gone, but the magic of the place remained in the quirky building that took its place.